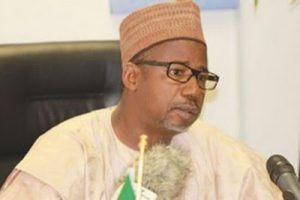 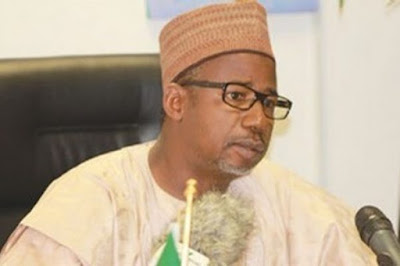 The convoy of Bala Mohammed, governor of Bauchi state, was involved in a road accident on Monday.

One of the vehicles in the convoy somersaulted during a field visit to the Tafawa Balewa local government area (LGA) of the state.

The vehicle was conveying police officers accompanying the governor when he went to inspect the 60- kilometers Burga-Yelwan Duguri road project in the LGA.

A total of 10 police officers were in the Toyota Hilux van that was affected.

The car veered off the road as it trailed the other vehicles in the convoy and somersaulted after losing control.

NAN is reporting that this was a result of the huge dust that blocked the driver’s view.

All the affected security personnel have been taken to the Bununu general hospital in Tafawa Balewa LGA for treatment.

The road, which is being constructed by the state government, connects the LGA to the neighbouring Alkaleri council.