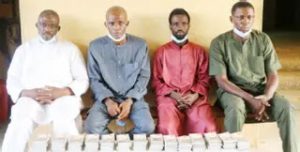 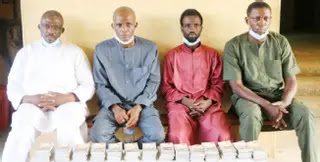 In a statement, the command’s spokesperson, ASP Maryam Yusuf, gave the names of the suspects as Kamal Haruna, Frank Onoja, Adejoh Stephen and Guede Nelson.

ASP Yusuf said the suspects, during interrogation, confessed to using the notes to defraud members of the public.

She also said police operatives from Galadimawa have arrested two suspects, Charity Timothy and Sunday Godwin, along Durumi axis for one chance robbery.

According to her, the suspects confessed to terrorising residents of Durumi, adding that a red Volkswagen Golf with registration number BWR 903 HE was recovered from them.

She further said members of a seven-man robbery gang also arrested at Kafe-Life Camp during a routine patrol.