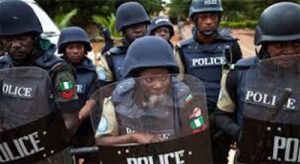 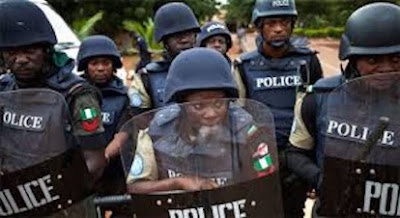 Senior Police, Army and Naval Officers allegedly bribe their way to be posted to Ugbokodo community, one of the largest oil host areas in Delta State, South-South, Nigeria.

The allegation is according to members of Ugbokodo community in Okpe Local Government Area of Delta State.

A petition dated 4th March 2021, addressed to the Chairman, House Committee on Public Petitions, a copy of which was obtained by newsmen in Abuja, revealed that oil bunkering and racketeering thrive among security agents and multinational oil workers.

The petition signed by Barrister O.J. Oghenejakpor, a Legal Adviser to the Community, Samuel Eseadefe Ogholemu (Chairman) and Chief (Capt) Clifford Ikpikpini is seeking the lower Chamber’s intervention in the development, given that oil bunkering activities have led to environmental pollution and aquatic problems.

The petitioners lamented that the community has been neglected by oil giants for the past 57 years, having first explored oil in the area in 1964.

Documents sighted by newsmen indicate that there are about nine companies exploring oil, in and around the community with Shell Petroleum Development Company allegedly leading the impunity against the people of the land.

The petitioners decried the rate of the conspiracy between the oil workers and the illegal bunkerers, alleging that two indigenes were killed when the community attempted to protest and expose the illegality.

“Part of the petition read: “Ugokodo Community being the largest land-owning hosting major trunk line of petroleum products to the Escravos loading bay has become the attraction of oil thieves and bunkerers who work in collaboration with oil workers from the Companies and the security agents.

“It is a notorious fact that senior police officers bribe their way to be posted to Warri and Ekpan Police Station as DPOs because of the oil bunkering activities.

“While the Army and Naval officers posted to protect these facilities are also involved in aiding oil company workers in oil bunkering.

“As a result of this persistent bunkering, Ugbokodo people protested to expose the illegality and this resulted in the attack of the Community in January 2008 by the bunkers which led to the death of two persons”, the petition pointed noted.