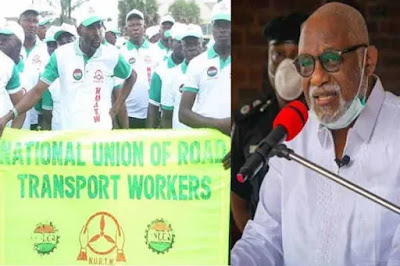 Following the violent clash between the factions of the Ondo State chapter of the National Union of Road Transport Workers on Tuesday morning, the state government has announced the indefinite suspension of all activities of the union across the state.

The Senior Special Assistant to Governor Rotimi Akeredolu on Special Duties and Strategy, Dr Doyin Odebowale, also ordered the NURTW members to immediately vacate all motor parks across the state.

The government described the clash as unruly and uncultured behaviour of the union leaders which resulted in violent attacks on members and innocent citizens.

The government, however, said the indefinite suspension did not affect Road Transport Employers Association of Nigeria who comported themselves in a peaceful manner.