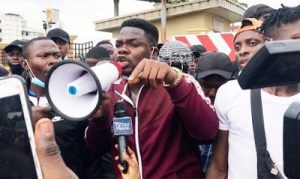 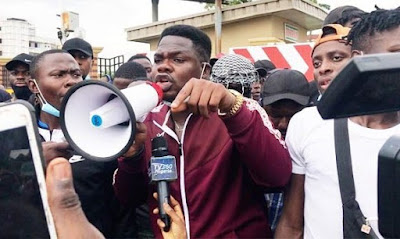 Debo Adebayo, Nigerian comedian better known as Mr Macaroni, says he will be actively involved in the 2023 general elections.

The entertainer spoke with TheCable at the private screening of ‘Ponzi’, an upcoming movie, in Lagos.

According to him, Nigerians can’t continue to shy away from participating in electoral process because of the belief that their votes don’t count.

“I am going to be actively involved in 2023 elections ranging from PVC registration to sensitising people because now we need to take things seriously. I know a lot of people will say that our votes don’t count but we have to start taking serious steps,” he said.

Mr Macaroni, however, kept mum on whether he would vie for any political office at the country’s next general elections.

“Personally, I don’t know if I would contest for any position yet but politics is something that everyone should be actively involved in because that’s where we get to decide who rules us and who does not,” he added.

The comedian also revealed that he has been getting several threats over his involvement in demonstrations such as the #EndSARS protest aimed at ending police brutality in the country.

“Of course, I have been getting threats but l think they’re normal. When people don’t like the way you speak or address certain issues, they will always try to silence you,” he added.

“So, it’s normal, they would continue to do that. But will I keep quiet in the face of oppression? That would mean that I have fallen for everything that I stood up against. What matters to me most is my conscience.”