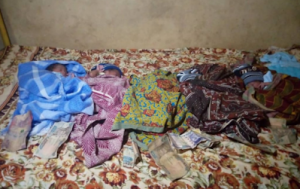 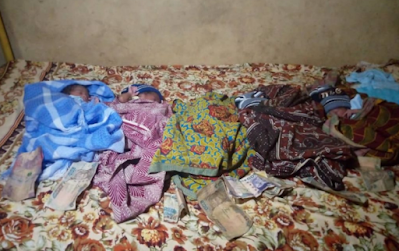 Residents of Stadium area of Ogbomoso in Oyo State were dazed by the influx of people who struggled to catch a glimpse of a petty farmer who gave birth to a set of quintuplets in a small maternity centre located in the area.

The people were there to confirm the news of the multiple births for themselves.

The atmosphere at the maternity centre at that point was more of a picnic and donation centre rather than a health centre.

The newborns, four girls and one boy were kept in a room while the mother was in another room receiving treatment as prayers were said by the crowd.

Funmilayo Oluwadara, a petty farmer, mother of the five children, is yet to comprehend what has happened to her.

Concerned with how to take care of the children, Mrs Oluwadara explained that the family actually made preparations to receive triplets in line with ultrasound results, saying taking care of five newborns was an enormous task for a family who was struggling to make ends meet.

She alongside her husband, a farmer are asking for help as they now have 10 children in total. 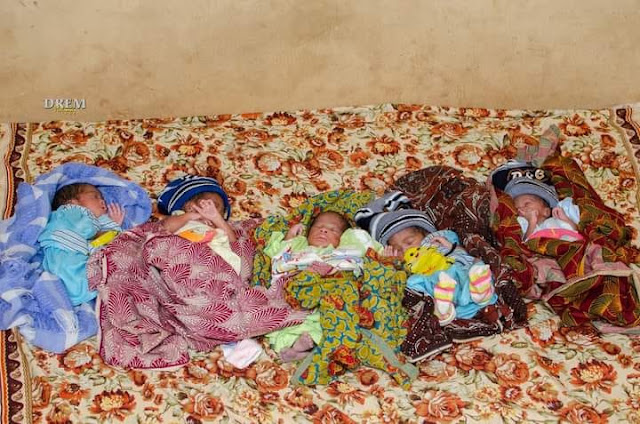 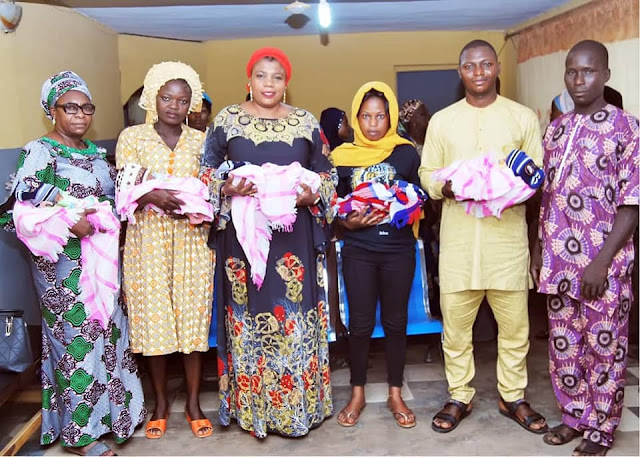 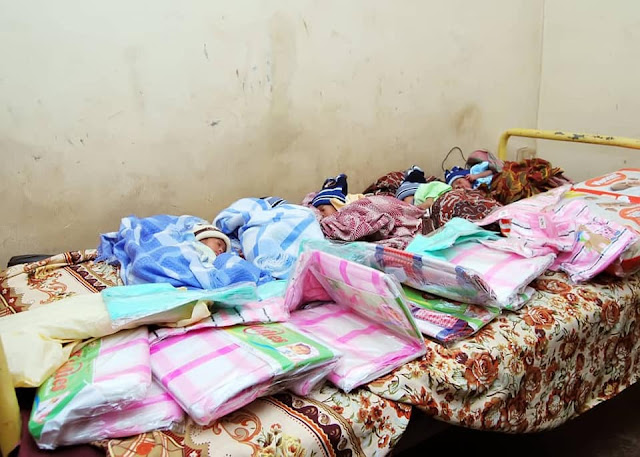 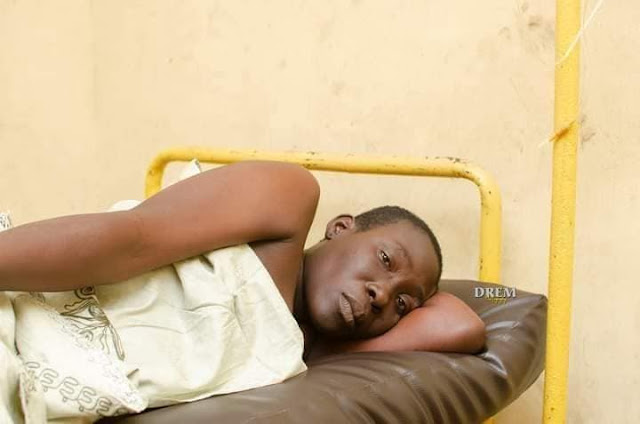