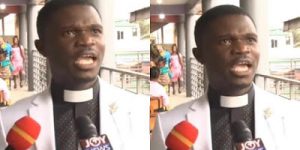 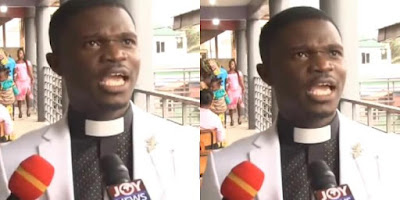 Ghanaian cleric, Apostle Solomon Asare Sarkodie has stressed that any man that allows his wife or partner to lick his male organ for s3xual pleasure is classified to be a gay.

The clergyman condemned the act of homosexuality which is gradually creeping it way into in some places in Ghana where homosexuality is considered to be an abomination.

In condemning the unaccepted act, the Apostle added that it is not only when man to man make love or woman to woman having an intimacy which is considered to be against the word of God.

He indicated that God equally frowns on the act whereby the woman sucks the male organ of the man for s..e.xual pleasure.

“And the men, instead of having normal s3xual relations with women, burned with lust for each other. Men did shameful things with other men, and as a result of this sin, they suffered within themselves the penalty they deserved.” he noted.