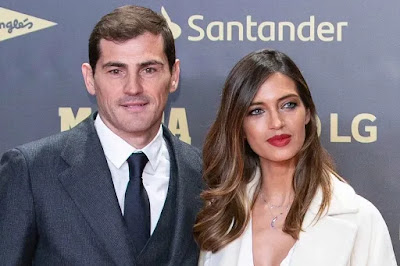 Three days after denying reports of a break-up, Real Madrid legend Iker Casillas and his wife, Sara Carbonero, have confirmed they have split.

The couple admitted their love had “taken separate paths”.

However, they said they would remain close to continue the “marvellous job” of raising their two children.

Casillas and Sara have helped each other through serious health issues during their five-year-marriage.

“Both Sara and I feel enormously proud of the family we are and of having shared a love that has filled us with happiness during all our years together.

“Today our love as a couple takes different but not distant paths since we’ll continue together in the marvellous task of continuing to be devoted parents as we have been up until now.

“This is a well-considered decision which we have taken through mutual agreement,” Casillas posted on Instagram.