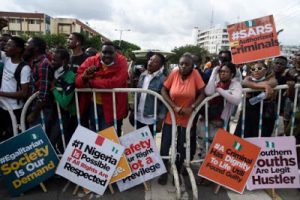 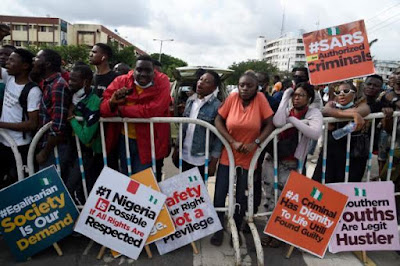 The Federal Government has inaugurated the Police Public Complaints Committee to investigate and address brutality and rights infringement by members of the Nigeria Police.

Minister of Police Affairs, Alhaji Mohammed Dingyadi, while inaugurating the committee in Abuja on Wednesday, said the development was a result of last year’s #EndSARS protests following the incidences of police brutality.

The Ministry of Police Affairs is to chair the PPCC, while the Police Inspectorate Department will serve as the secretary.

Dingyadi said the objective of the PPCC was to serve as an institution that has oversight on the activities of police personnel viz-a-viz their interaction with the public.

The minister noted that the complaints against police misconduct at police stations or commands have not achieved the desired results.

He said, “Once the PPCC becomes operational, I will expect it to swing into action by embarking on wide publicity and sensitization campaigns to enable Nigerians to be aware of its existence and its functions and thereby recognize it as the proper avenue to channel their complaints against police personnel.”

Dingyadi said the committee was also expected to create a platform and special dedicated phone numbers through which the public can channel their complaints.

He urged the PPCC to decentralize its structure to ensure that Nigerians have easy access to it by opening channels of communication at all local government headquarters.

He added that the PPCC was designed to have a sub-committee to be known as Special Investigation Unit that will be made up of professionals.

“The Committee is not out to witch-hunt the men and officers of the Nigeria Police Force, rather it is to work in synergy with police to ensure it carries out its mandate effectively,’’ he stressed.

The Permanent Secretary, Mr Temitope Fashedemi pointed out that the committee was part of moves to revamp the police, adding that those who are manning public institutions are paid with public funds and are duty-bound to operate within the ambit of the law and approved rules of engagement.

He stated, “’Police Public Complaints Committee is an additional layer for the protection of people’s rights whenever there seems to be an infringement on these rights or abuse of power, particularly by the police personnel in the discharge of their duties”.