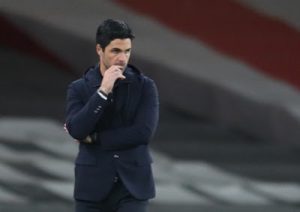 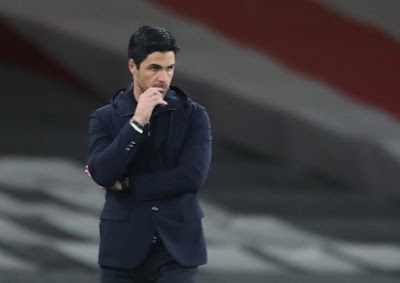 According to him, Aubameyang is “totally” committed to the club.

The Gabon striker signed a bumper new three-year deal last summer, but has failed to shine this season and was dropped for the north London derby after arriving to the stadium late.

His situation at the Emirates has similarities to that of Ozil, who vastly under-performed while being on huge wages before eventually being exiled by Arteta.

But Arteta said: “I’m always positive about the future but once you think about things that happen in the past or compare different situations and personalities I won’t do that.”

Asked whether Aubameyang was committed to the Gunners’ cause, the Spaniard added: “Totally.”

Aubameyang came on as a 78th-minute substitute against Slavia Prague in the Europa League and assisted Nicolas Pepe’s opener as they drew 1-1.