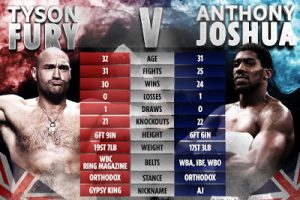 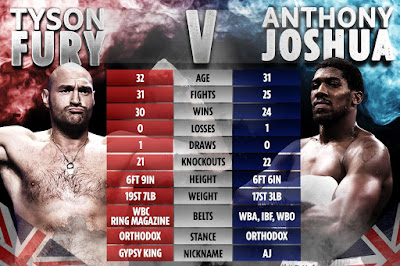 Anthony Joshua, Nigerian-British boxer, has warned Tyson Fury that he has “no place to hide” after receiving an official offer for their undisputed world heavyweight title fight.

Joshua, the unified champion, is set to face Fury, another British fighter, later this year after the pair signed a £200m two-bout deal last week.

Britain’s rival champions were recently presented with the potential date and venue for the blockbuster fight.

Despite being seen as the underdog, Joshua took to his Twitter page to express confidence about winning the heavyweight fight while also warning his opponent.

“Positive news this evening! I’m lacing up my running boots rn!” he wrote.

“258MGT and Matchroom Boxing have received the first official offer to host the Undisputed Heavyweight championship of the world!

“I will be victorious God willing! No place to hide now! I’m coming.”

Joshua will be putting his IBF, WBA and WBO world titles on the line against Fury’s WBC belt in the first of a two-fight deal between both camps.