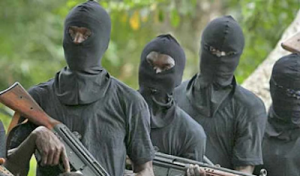 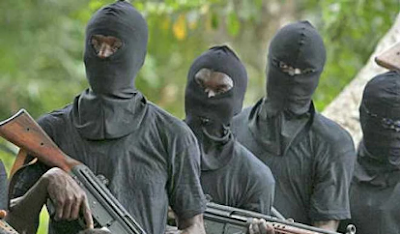 Some gunmen suspected to be kidnappers have stormed Ibadan again, kidnapping three people.

It was gathered on Tuesday that the gunmen abducted one female soldier and two other women.

The incident occurred at Onipe village, along the Ijebu-Ode/ Ibadan Road in Oluyole local government area of Ibadan on Monday.

Our correspondent learnt that the gunmen emerged from the bush at about 8:20am and shot sporadically.

The gunmen later abducted the three women and took them to an unknown destination.

Those who were kidnapped according to a source were Mrs Okeowo, Mrs Abosede Adebayo and Mrs Bola Ogunrinde.

Mrs Ogunrinde who is said to be a soldier was kidnapped while driving a Toyota RAV-4, with registration number AGL 66 FY.

It was gathered that some of the residents of the area later reported the incident at Idi Ayunre Division at about 10am.

Osifeso told newsmen on Tuesday that local police in conjunction with hunters and vigilantes are currently in search of the kidnappers in order to rescue the victims.

He said, “Yes, it is confirmed.

“As we speak, combined team of AKS, Idi Ayunre Division, other tactical teams, as well as local hunters and vigilante groups are actively on the trail of the gunmen, in a bid to rescue the victims and arrest the suspects.”

The latest abduction is coming less than one week after the kidnap of four people, among whom were three workers of a quarry site.

Our correspondent gathered that no fewer than thirteen (13) people had been kidnapped in the same local government area in the last one month.

On March 29, three people were kidnapped at Sanyo and Soka area within the local government.

The four people were released after the sum of five million naira (N5m) was allegedly paid to the kidnappers.