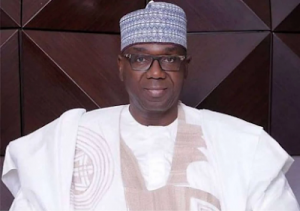 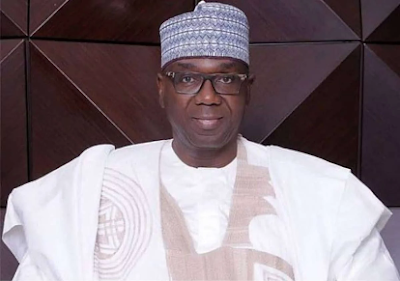 Governor Abdulrahman Abdulrazaq of Kwara State has paid an on-the-spot assessment visit to the Oro Central Market, ravaged by fire on Monday.

Recall that the Monday fire disaster, caused by refuse burning, affected at least 31 shops out of over 300 shops in the central market.

Following his assessment visit on Tuesday, the governor directed the state emergency agency to get the data of the victims and the extent of damage to determine government’s support.

“We have set the state emergency management agency in motion to take enumeration.

” We will mitigate the loss for the individuals who have lost property,” he stated.

Governor Abdulrazaq described the incident as quite unfortunate, adding that, ” We stand by the victims at this trying period.”

He also promised the people of Oro town, that the state government will soon begin the upgrade and equipping of the Oro General Hospital in the next quarter.

” Now, it is time to actualise our plans for the general hospital. It is going to be expensive, but we will start very soon within the next quarter and ensure that the people of Oro get more dividends of democracy.”

He said two years after fixing infrastructures in education, road, and health sectors, especially in primary health care, ” We need to move to the secondary and tertiary health care.”

Still on Oro hospital, Governor Abdulrazaq, said, ” First of all, we will make sure that the wards are renovated and put in liveable condition.

He said government will supply modern equipment and other required facilities to make it functional to the satisfaction of the people of the area.

” We will also increase the staff and build confidence, so that members of this community can patronize the hospital instead of going to Omu-aran or Offa,” he further stated.

He thanked the staff of the hospital for their dedication despite the challenges.