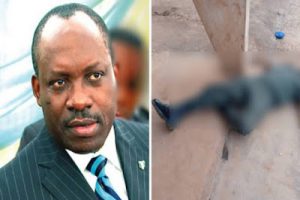 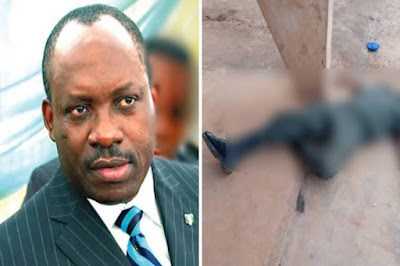 Nine persons who participated in the attack against the former governor of the Central Bank of Nigeria, Prof. Chukwuma Soludo have been arrested.

Anambra State governor, Chief Willie Obiano on Wednesday revealed that nine of the suspected criminals who participated in the attack have now been apprehended and will not be spared.

Obiano who disclosed this at the Prof. Dora Akunyili Women’s Development Centre in Awka said: “What happened last month is unfortunate, but let me tell you, we have restrategized and we are coming out like a smoking gun.

“We are not going to take prisoners. The nine people that attacked Prof Soludo are in our net now. We are going to eliminate them. We will go after the others.

“We are not going to take prisoners any longer. A special squad have already been put together, and they are already working everywhere,” Obiano said.

Prof. Soludo was last month attacked by unknown gunmen in his community, Isuofia, Aguata Local Government Area, during an interactive session with youths of the community.

Three policemen were killed during the attack, while a commissioner in Anambra State, Mr Emeka Ezenwanne was abducted by the gunmen, but later released.