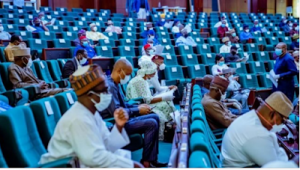 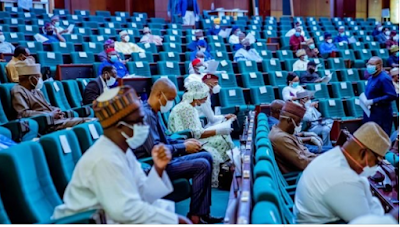 The house of representatives has resolved to probe a report on a confiscated shipment of p3nises from Nigeria — only that no such thing happened.

At Thursday’s plenary session, the green chamber deliberated on a motion on the purported shipment which was said to be on its way to China.

Sponsored by Rimamnde Kwewum and Olajide Olatubosun, respecitively, from Taraba and Oyo, the motion sought the intervention of relevant government agencies in probing the reported illicit trade in human organs.

According to Kwewum, “about two weeks ago, acting on the information provided by an anonymous source, Chinese authorities seized a cargo ship that sailed from Nigeria with 7,200 refrigerated penises, which were found in 36 boxes labelled as plantain on the ship that harboured at the Shanghai port called Red Market.

“The Chinese General Administration of Customs had alerted that an increasingly large number of armed groups in Africa use organs which are harvested in unsanitary conditions to finance their nefarious activities.”

Pause. It is purely a satire.

The lawmakers approved the motion, not knowing that the story in question was fabricated by a satirical website.

Checks by TheCable showed it was first reported on March 19 by World News Daily Report (WNDR), a satirical website “where facts don’t matter.”

WNDR had said in its report: “Chinese customs officers have made the world’s biggest seizure of human organs in history this morning, a total of 7221 penises of African origin hidden in a refrigerated freight container.”

But the story, like every other article published on the website, was meant to be a satire and not from a real event.

There is also no record of such incident anywhere as confirmed by previous fact check reports including from Reuters.

According to a disclaimer on the WNDR website, “all characters appearing in the articles in this website – even those based on real people –  are entirely fictional and any resemblance between them and any persons, living, dead, or undead is purely a miracle.

“WNDR assumes however all responsibility for the satirical nature of its articles and for the fictional nature of their content.”

So, who will tell the lawmakers?