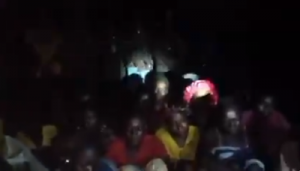 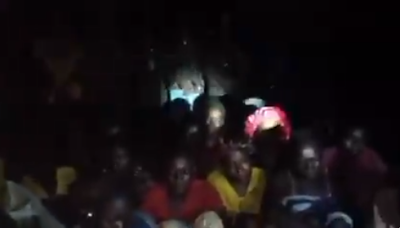 Bandits have released a fresh video of students abducted from the Federal College of Forestry Mechanisation, Afaka, Kaduna State. Among them is a pregnant student.

Between April 5 and April 8, the bandits released 10 of the abducted students, leaving 29 of them in captivity.

They had demanded a N500 million ransom from the government but after the administration of Governor Nasir El-Rufai failed to comply, they reached out to some parents.

In a four-minute, 56 seconds video shot at night, in an unknown location, a bandit was heard speaking in Hausa and later Fulfulde.

He asked some of the students to come forward and speak to the camera.

In the video, the pregnant woman the bandits addressed as Hajiya pleaded with their parents to rescue them.

The bandits also introduced a woman they addressed as the wife of a military officer who was abducted from her home in Tirkania-Agwa in Chikun Local Government Area of Kaduna State.

The victim, who said her husband is a naval officer working in Warri, Delta State, urged the Federal Government to come to their rescue.

She said the bandits had earlier requested for N30million for their release.