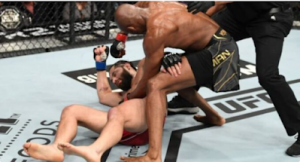 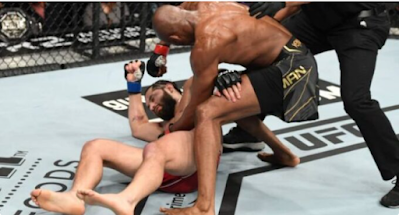 The welterweight champion was the highest-paid fighter on the event card that took place in front of 15,000 fans in Florida — the first UFC event with a capacity crowd since the COVID-19 pandemic.

Usman wrecked Masvidal with a vicious right blow that sent the American flat onto the canvas before he plopped him further with a succession of hammer punches.

It took just 1 minute 2 seconds into the second round and the 33-year-old finished his job expertly to secure his 14th straight win — the longest winning streak in UFC at the moment.

According to Daily Mail UK, Usman raked in £1.1 million (an estimated N582 million) as a reward for emphatically defending his title.

It’s the largest sum the Nigerian has ever earned throughout his career.