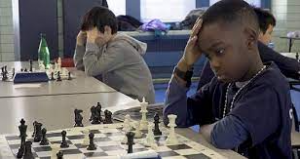 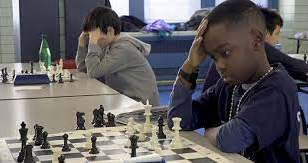 Tani Adewumi is only 10 years old but he has just become a Chess National Master with a rating of 2223.

It is an incredible achievement for anyone at that age, but made even more stunning by the story of the Nigerian being a refugee.

Tani first made headlines when he won the New York State chess championship at the age of 8, after playing the game for only a year, while living with his refugee family in a homeless shelter. 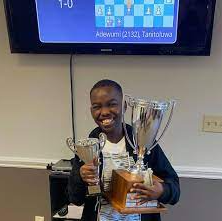 “Here’s a joyful update: Tani just won another championship, in Fairfield, CT, and is now (as a 10-year-old fifth-grader) a Chess National Master with a rating of 2223,” Kristof posted on Facebook.

“In ‘Tightrope’, we wrote that Tani exemplifies the principle that ‘talent is universal, but opportunity is not’.

“He was able to soar because his homeless shelter was in a school district with a chess programme, and the teacher realised that his family didn’t have resources and waived the chess club fees. We need more of that!”