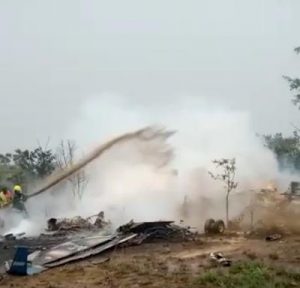 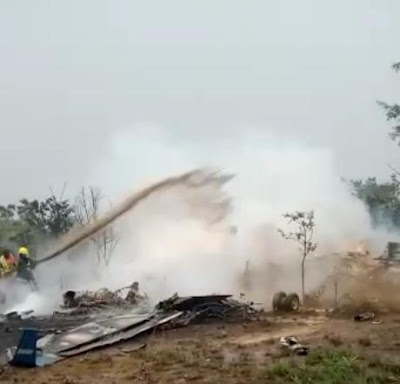 NigerianEye reported earlier that Attahiru died in an air crash on Friday.

The top military officer and about seven others were aboard a military aircraft to Kaduna for an official trip.

“An air crash involving a @NigAirForce aircraft occurred this evening near the Kaduna International Airport.

And a footage showing how the incident occurred has emerged on social media.

Scene of the plane crash, Chief of Army Staff. General Ibrahim Attahiru and his aides were involved. May their souls rest in peace 🙏🏽pic.twitter.com/nremYkMM2t

More footage of the air crash in Kaduna where all 12 passengers on board including Chief of Army Staff, Lt. Gen Attahiru died pic.twitter.com/SUAVrg2udP