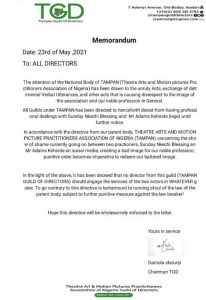 Both actors have in the last few days been at each other’s throats on social media over the recent arrest of Baba Ijesha, accused of multiple defilements of a minor.

See the statement below; 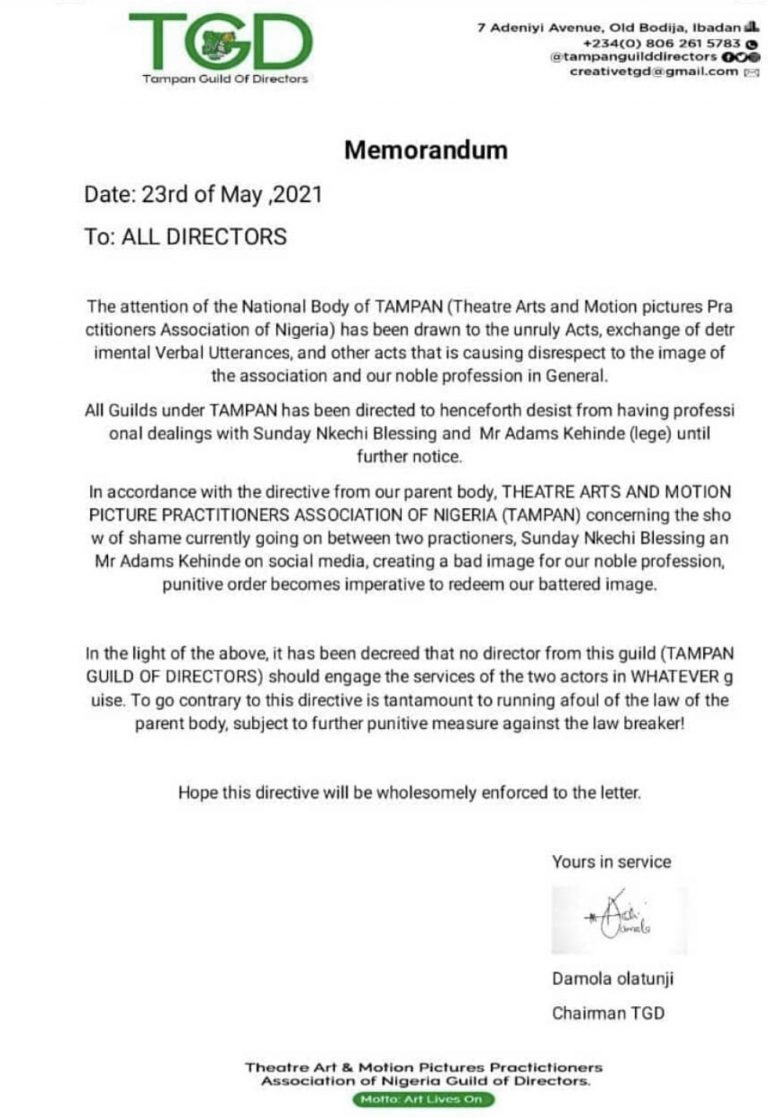 Nkechi Blessing on her social media page had earlier called out the Lege for showing support for the embattled Baba Ijesha.

In a live video with Yomi Fabiyi, Lege also accused the actress of disrespecting him.

Reacting to the video, Nkechi Blessing took to her Instagram stories to further drag him. Calling him an illiterate and said she has no time to waste on him.

“My attention got really expensive… I don’t give it to classless id1ots.” She wrote as she shared photo of dollar bills.

“When you learn how to speak good English, come back and Imma reply you. But for now, i won’t let you send my brain back to Primary 1. illiterate!”

Lege then replied, “you dey mad”.