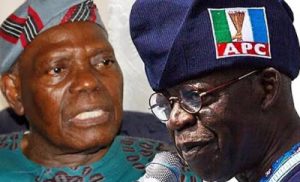 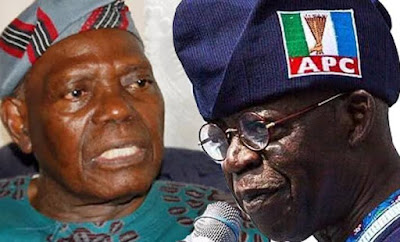 Bigwigs of the All Progressives Congress, APC, in the South West have backed the ban on open grazing.

Bola Tinubu, Bisi Akande and Olusegun Osoba are among those who called for restructuring of the country and the creation of state police in a meeting in Lagos State on Sunday.

Speaker of the House of Representatives, Femi Gbajabiamila; Ogun State Governor, Dapo Abiodun; Lagos State Governor, Babajide Sanwo-Olu, amongst others, were also present at the meeting.

It was reported, 17 governors from the Southern Region had met a week ago in Asaba, Delta State, and resolved to ban open grazing and the movement of cattle by foot in the region.

The governors, among other things, also called for the restructuring of the country along fiscal federalism lines, devolution of powers and the creation of state police.

A communique released after the Lagos meeting on Sunday said partly, “We endorse the position of the Southern Governors taken at their May 11, 2021 summit in Asaba, Delta State, regarding ranching.

“We do so because such a decision will lessen tensions between farmers and herders while also helping the long-term economic viability of both the farming and herding communities.

“We are mindful of the short-term dislocation this might cause but are also mindful that this position is in the best interests of all parties concerned.

“We, therefore, recommend that the federal and state governments cooperate fully with each other to enact the necessary measures to encourage this more effective and modern method of cattle-rearing so that both farmers and herders can pursue their livelihoods with greater productivity and in a more cooperative relationship that minimizes the friction between these two important pillars of our agricultural economy.”