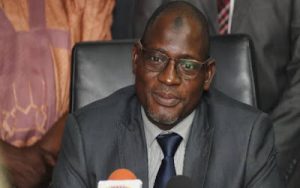 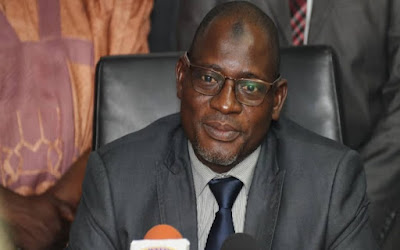 Mr Abdullahi Ahmad, Director, Communications and Liaison Department of FIRS, disclosed this in a statement issued in Abuja on Wednesday.

Ahmad explained that the two suspects and lovers were arrested on Monday for allegedly impersonating the Executive Chairman of the service on Facebook to defraud unsuspecting job-seekers.

He said the female suspect who claimed to be a graduate of Imo State University, awaiting call-up for the National Youth Service Corps (NYSC) and her lover were nabbed and currently in police net at the FCT police command in Abuja.

He disclosed that a team from the Intelligence and Investigation Unit of the FIRS nabbed the duo following a complaint by their victims and thereafter handed them to the police.

According to him, the male suspect who claimed to have owned a failed boutique business confessed that he started impersonating the FIRS chairman on Facebook in March 2020.

Ahmad narrated how the suspect also created a phantom Facebook account as a director of the service with the name Alhaji Tanko.

“He confessed that he opened two false Facebook accounts in the name of the FIRS chairman and the fictive Alhaji Tanko and populated one of the accounts with pictures of Mr Nami and the other with the internet-generated pictures of an innocent person to stand for Alhaji Tanko.

“Through an elaborate scheme, the male suspect proceeded to represent himself to unsuspecting job applicants whom he directed to one Kayode who in reality is the female suspect and his girlfriend.

“Kayode would then redirect their victims to the fictitious Alhaji Tanko, who in reality is the male suspect and the mastermind of the crime,” he explained.

The spokesperson noted that the male suspect had confessed that he charged as much as N350,000 per victim.

“The suspects also confessed to have impersonated the Head of Service of the Federation to defraud job seekers in the past.

“They also confessed that the FIRS chairman knew nothing about their fraudulent activities as they have never met or had any kind of communication with Nami”.

Ahmad who said FIRS had consistently alerted the public to the activities of these kinds of fraudsters, again cautioned Nigerians not to fall victims to their antics.