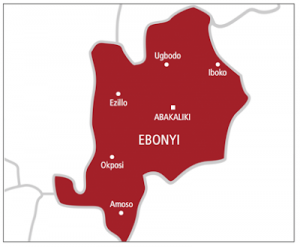 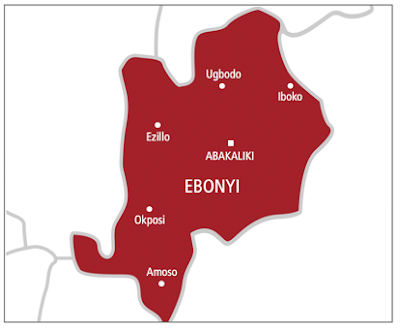 Businesses and other economic activities were yesterday paralyzed in Ebonyi State following the sit-at-home order by the leadership of the Indigenous People of Biafra, IPOB, to honour heroes who died during the civil war in Nigeria.

The sit-at-home order recorded ninety-five percent compliance (95%) as major markets in the state, especially the international market and other street markets, banks, transport depots were completely shut down.

Our correspondent who visited the international market and other major streets in Abakaliki metropolis, gathered that shops at the markets were under lock and key, whereas police officers were seen cordoning off the area to avert any breakdown of law and order.

It was gathered that security operatives at the early hours of Monday cordoned off Ebonyi State Police Command, Abakaliki correctional centre, (prisons), old government house to avert invasion by gunmen into the aforementioned facilities.

Security operatives were observed shooting sporadically at the police command headquarters to scare some suspected hoodlums from attacking.

The sit-at-home directive was also observed to be very strong in some places, especially at the Nnodo junction, Ogbaga road.

Motorcycles and cars were being set ablaze while passersby were being molested by ‘area boys’.

It was observed at the scene, that some boys who alighted from buses, divided themselves into groups, entered into the bushes along Nnodo junction and began harassing innocent road users.

When contacted, the commissioner of police, Ebonyi State Command, CP Aliyu Garba said “if you see them shooting in the command, is only to test some arms to make sure that the arms are okay. Some arms get blocked in the process of making use of them. The arms got blocked and they (police officers) have to come back and test it. We can not go anywhere than to test them (guns) within the police headquarters, otherwise, no complain, the state is relatively calm.

On why there is compliance by citizens on the sit-at-home order, Garba said “Everybody has his or her right to move fundamentally if you want to remain your house, you can remain and we cannot force you to come out but any person who comes out in the name of protest or procession and seen trying to stop or infringe on other peoples right, we deal with them accordingly.

“We cannot force anybody to come out and we cannot say you should not come out but the entire state, as you can see is very calm. People are still moving and nobody is molesting them and that is what is expected” he stated.

The chairman of the Peoples Democratic Party, PDP, Ebonyi State chapter Elder Fred Udogu who reacted to the sit-at-home order said: “We have an umbrella body which is the Ohanaeze. If the sit-at-home order is coming from Ohanaeze, yes, it is a welcome development because we really loved our relations and brothers who were murdered during the last civil war. For instance, I lost a lot of my people during the war and so, if Ohanaeze said yes it is correct but in this case it is, there are discordant tunes.

On his part, the Commissioner for Information and State Orientation to the Ebonyi State government, Mr. Uchenna Orji said “we need to sensitize our people on the security situation in the country. Solving problems does not require going to war. The history of the civil war should be a lesson to us.

“It is too bad that people who were alive during the civil war are encouraging people to go to war, to kill our people and loot both private and public properties. They will all answer to God Almighty. This is evil against humanity that they have committed.

“And so, this is the time to be sober and come for negotiation and think of how to move the society forward. The state government led by Chief David Umahi is on top of the situation” he noted.

The former Minister of State for Health, Fidelis Nwankwo who equally reacted to the IPOB sit-at-home order said “what is the essence of the sit-at-home order? According to them, it is for the remembrance of those who were killed during the war. So, individuals are at liberty to decide whether they will like to commemorate it by staying at home or go about their normal businesses.

“This sit-at-home order was not a collective decision of the entire Igbo’s in the South-East zone. And so, individuals have the right to choose whether to commemorate the remembrance of those who were killed during the civil war which affected almost all the families in Igbo land or not” he noted.