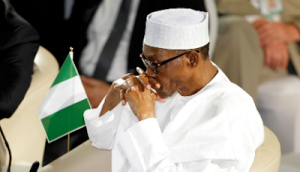 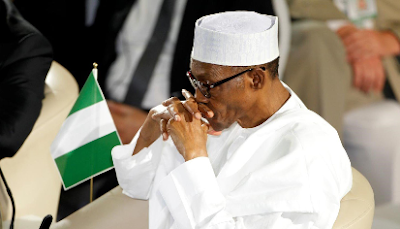 A leader of the Peoples Democratic Party in Ogun State, Chief Olumide Aderinokun says President Muhammadu Buhari has lost control of the nation he rules over.

Aderinokun, while reacting to the state of the nation, said he does not understand why the President allegedly “threatened to give Easterners ‘the shock of their lives and also ‘treat them in a language they understand, while he was referring to the Nigerian civil war.”

The Akinruyiwa of Owu asserted that “Nigeria is lacking effective leadership amid the dwindling economy and ceaseless security challenges under the Buhari administration.”

In a statement made available to newsmen on Wednesday by his media aide, Taiye Taiwo, Aderinokun stated that “We can all see the situation we find ourselves in. It is not just baffling, but sad that a leader can threaten his followers with violence. This is uncalled for, no matter what the problem is.

“Buhari has proved that he cannot control the people, even with the power he has as the President. The majority of the people have lost confidence in his government and its policies.

“No one can remember the last time the President addressed his people, but he can take to the social media to threaten them without talking about kidnappers and bandits that are terrorising the country.”

Meanwhile, the PDP flag bearer for Abeokuta North Federal Constituency in 2019 is also calling for the prompt passage of the electoral amendment bill by the National Assembly before the 2023 general elections.

“We have less than two years to go before the 2023 general elections which is more reason why the Senate and the House of Representatives need to pass the electoral amendment bill into law urgently.

“We have had public hearings already and the bill should be passed to give all stakeholders, parties, INEC and the government ample time to plan credible elections,” he added.