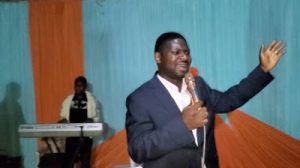 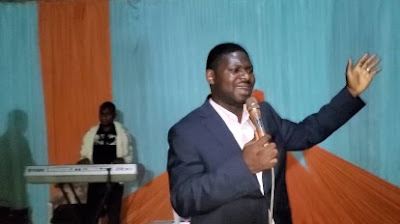 Senior Pastor of Awaiting The Second Coming Of Christ Ministry, Adewale Giwa, has provided insight as to why top pastors in Nigeria never liked the senior prophet of the Synagogue Church of All Nations, SCOAN, Temitope Balogun Joshua, aka, T.B Joshua.

T.B Joshua died on June 5, 2021 and was laid to rest at his church on Friday. The funeral service saw the presence of top politicians, entertainers, businessmen, and women from all over the world

However, top ‘men of God’ in the country totally shunned the funeral service, the same way none of them condoled with his family or SCOAN when he passed on.

But in a statement to newsmen on Saturday, Pastor Giwa suggested that these pastors may have hated Joshua because he refused to join their league.

He had money to buy more than 10 private jets, but he never bought one. Prophet Joshua could afford to build private universities across Nigeria and the world, but he didn’t have one.

They hated him because he refused to join their caucuses or leagues. Maybe if he had succumbed and did what they wanted him to do, they would have honored him as one of them.

A man who never had a spiritual father(s), but suddenly rose to fame. He never thought of opening another branch of his church in America, London or anywhere in the world aside the one at Ikotun Egbe in Lagos, Nigeria. TB Joshua had a humble and submissive heart.

”God doesn’t look at the outward appearance but looks at the heart. No matter how powerful and strong you are, death is inevitable. If God is for you, who can be against you?

”The media only cares about the so-called top men of God who didn’t send their greetings or attended the burial ceremony. Even the Jews, up till now still don’t believe in Jesus Christ.

”Also, in Nazareth where Jesus grew up, they refused to believe in his teaching because they considered him one of them, therefore without the authority to preach to them. Are you God who sees the innermost thoughts, feelings, or secrets of others?

”First, take the plank out of your own eye, and then you will see clearly to remove the speck from your brother’s eye. Whatever you have here on earth won’t go with you after death. We came with nothing and go with nothing.”