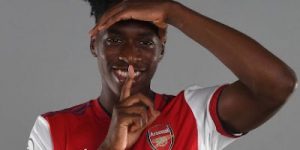 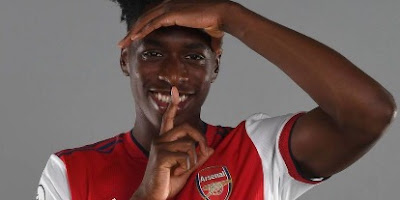 New Arsenal signing, Albert Sambi Lokonga, has said his best position is in the no6 role at the base midfield.

Lokonga has put pen to paper on a long-term contract with the Gunners, in a deal believed to be worth £17m.

Arsenal manager, Mikel Arteta is rebuilding his midfield ahead of the 2021/2021 campaign, after Dani Ceballos returned to Real Madrid following the end of his loan spell and Granit Xhaka close to a move to Roma.

Lokonga, 21, comes in to provide some steel, potentially alongside Thomas Partey next season.

And while the Belgian is comfortable playing as a box-to-box midfielder, he has indicated his best position is in a deeper midfield role.