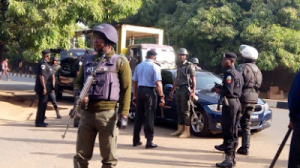 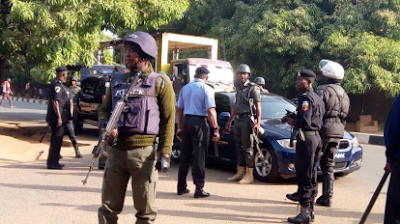 Following the bloody robbery attack that occurred in Ondo State last week Thursday, where three persons were killed, security has been beefed up in banks across the state.

It was gathered that the move was made in order to forestall the scenario that occurred in Ilara-Mokin, Ifedore Local Government Area of the state where 15 armed robbers laid siege on an old generation bank for over 20 minutes unchallenged.

During the attack which happened at a branch of UBA in the town, the robbers were said to have carted away the sum of N2 million.

According to the Police Public Relations Officer of the state command, DSP Tee-Leo Ikoro, the Special Armed Tactical Policemen had been deployed to keep surveillance around all financial institutions in the state.

While stressing that the measure was put in place in order to guarantee the safety of banks and customers, Ikoro disclosed that the Tactical Squad is made up of detectives from the Criminal Investigation and Intelligence Department, SCIID, Special Anti-Kidnapping, Special Anti-Cultism and Anti-Scorpion Squads of the state Police Command.

The Ilara-Mokin incident had also made the command to meet with bank officials in the state on the strategy to employ in tackling future attacks on banks in the state.

The police spokesperson also disclosed that apart from the tactical squads that had been mobilized, special crack detectives who will not be in uniform have as well been drafted to monitor and provide intelligence reports within the banks.

“We all know that fighting crimes and criminality is a big task that needs modern equipment and logistics and also needs the cooperation of all and sundry. It is not to be left in the hands of security agencies alone,” he said.

Ikoro who maintained that the Commissioner of Police in the state, Bolaji Salami, had mandated the Area Commanders and Divisional Police Officers, DPOs, across the 18 local government areas in the state to be vigilant, emphasized that the bandits behind the Ilara-Mokin incident would soon be nabbed.

He advised banks and their numerous customers not to panic with the presence of security in the premises, saying it is all targeted at effective security.