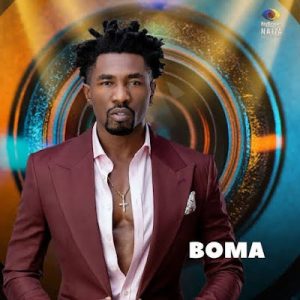 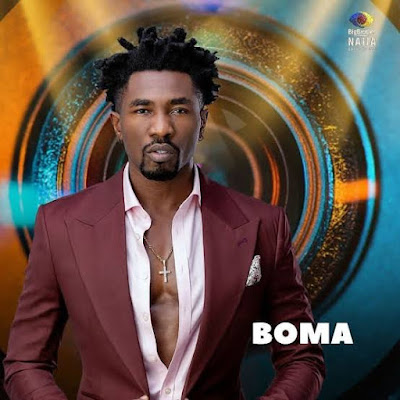 Boma has emerged as the first male head of house (HoH) in the ongoing Big Brother Naija (BBNaija) ‘Shine Ya Eye’ edition.

His predecessor, the first female HOH, Peace has handed over to him.

To clinch the HoH title, housemates were asked to play a dice game where they had 60 seconds each to take steps on the mat towards the box that has a symbol of an eye – representing Big Brother.

To start the game, each contestant had to roll a ‘6’ on the dice to move, to which many of the housemates struggled before throwing the lucky number.

The 30-year-old, who won a challenge over the other 21 housemates chose Jackie B as his deputy.

Meanwhile, Biggie allowed unrestricted visitation to the head of house lounge but warned that visitation does not involve spending the night with the HoH and his deputy.