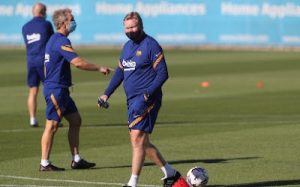 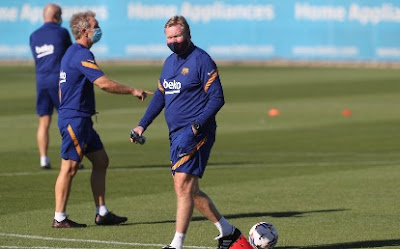 Messi signed for Paris Saint-Germain after he failed to agree fresh terms with Barca.

His departure leaves Griezmann as the highest-paid player at the Camp Nou.

Ahead of their LaLiga opening fixture against Real Sociedad on Sunday, Koeman believes the France forward will “take a step forward”, although he admits the club has to spend on a new striker.

He said: “We need to sign a new striker, if possible. And I want to say, I love Antoine Griezmann.

“Griezmann has to take a step forward now and I understand that he can occupy a position like Messi’s and it’s an advantage for him.”