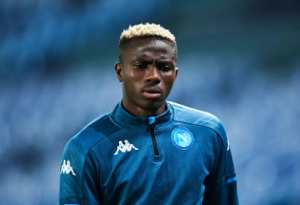 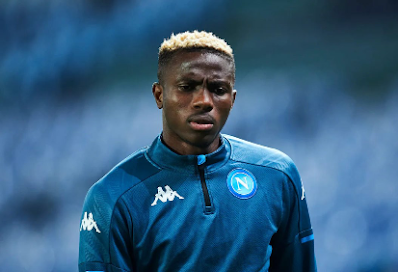 Napoli striker, Victor Osimhen, will sit out their Serie A clash against Juventus.

This is because the Super Eagles star has been given a two-game ban after he was sent off against Venezia on Sunday.

Osimhen was given his marching orders in the 23rd minute, for shoving Daan Heymans as a corner was played into the box.

Napoli had hoped he would only miss the game against Genoa this weekend, as they believed it was not violent conduct.

However, Serie A disciplinary’s committee has adjudged it as violent conduct and has subsequently suspended him for two games.

However, according to Di Marzio, Napoli still plans to appeal.