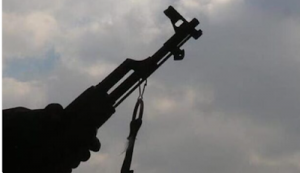 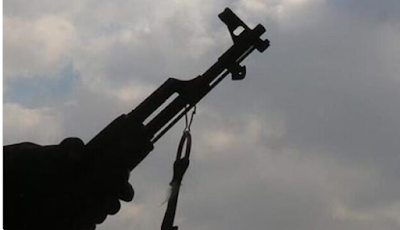 Three residents of Maryland, USA, have been indicted over allegations of exporting arms and ammunition to Nigeria.

According to a statement issued on Friday by the US department of justice, the indictment was announced by Jonathan F. Lenzner, acting US attorney for the district of Maryland; James R. Mancuso, special agent in charge of homeland security investigations (HSI), Baltimore; and Timothy Jones, special agent in charge of the bureau of alcohol, tobacco, firearms and explosives (ATF), Baltimore field division.

Wilson Che Fonguh of Bowie, Maryland, aged 39 — are alleged to have exported arms and ammunition to Nigeria illegally.

“A federal grand jury has returned an indictment charging three Maryland men for the federal charges of conspiracy, violation of the Arms Export Control Act and the Export Reform Control Act, related to the export of firearms and ammunition from the United States to Nigeria,” the statement reads.

“According to the four-count indictment, from at least November 2017 through July 19, 2019, the defendants conspired with each other and with others to export from the United States to Nigeria defense articles and items identified on the United States Munitions List (“USML”) and the Commerce Control List (“CCL”) without first obtaining export licenses.

“The defendants also allegedly conspired to conceal from the United States that those items were being shipped from the Port of Baltimore in Maryland to Nigeria and at least one other location in Africa. The defendants and their co-conspirators allegedly contributed funds for the purchase of firearms, ammunition, reloading materials and other equipment for shipping overseas.

“The indictment alleges that the defendants and their co-conspirators communicated about their efforts and plans to ship weapons and ammunitions using an on-line encrypted messaging application and code words in order to conceal their activities.

“As detailed in the indictment, the defendants and other conspirators concealed the firearms, ammunition, rifle scopes, and other items in heavily wrapped packages and duffle bags, and inside sealed compressor units, placing those items into a shipping container destined for Nigeria without obtaining the requisite licenses from the U.S. Department of State and the U.S. Department of Commerce.

“Further, as part of the conspiracy, one of the co-conspirators allegedly caused the submission of electronic export information to the U.S. government for the container which listed materially false information as to the identity of the exporter and the intermediate and ultimate consignee, as well as the ultimate destination of the container’s contents.

“Specifically, the indictment alleges that on January 17, 2019, the defendants and their co-conspirators exported, attempted to export, or caused to be exported to Nigeria articles on the USML the export of which was controlled under the Arms Export Control Act, without first having obtained the required license or written approval from the U.S. Department of State, specifically: 38 semi-automatic firearms; over 35,000 rounds of ammunition; and 44 magazines.

“On that same day, the defendants allegedly exported to Nigeria one Bushnell Trophy Rifle Optic and one Burris AR Rifle Scope, the export of which were controlled under the Commerce Control List, without first having obtained the required license or written approval from the U.S. Department of Commerce. Finally, the indictment alleges that the defendants transported 28 firearms with obliterated serial numbers, including 18 rifles.”