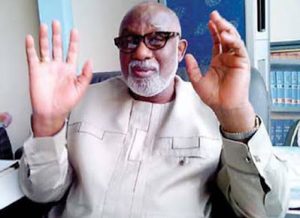 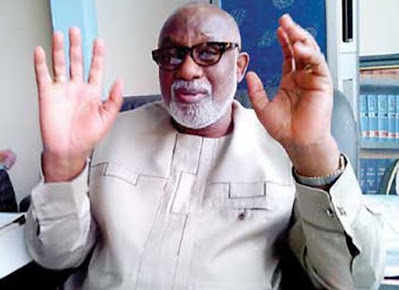 Governor Oluwarotimi Akeredolu of Ondo State has described as disheartening the inability of the state to pay full salaries to its workers.

Akeredolu stated this while playing host to the Jegun of Ile-Oluji, Oba Julius Oluwole Olufaderin Adetimehin, at the Governor’s Office, Alagbaka, Akure, the state capital.

The governor who described the situation as unfortunate said, he never planned to owe salaries.

The state has for a while been paying percentage salaries to workers within its workforce.

Speaking on the delay in the creation of Local Council Development Area, LDCA, in the state, the governor said the process was cumbersome.

He claimed the non-availability of funds have militated against the process in the state.

“If we tell you we have money, we are lying. We came here, boasting that we won’t owe salary. We weren’t owing. We were even paying arrears. But now, it is disheartening. We are owing.

“In no distant future, I want to give you an assurance that Ile-Oluji will become a Local Government Area on its own. I have said it before, you can see the oddity in putting Ile-Oluji with Oke-Igbo. We are working on it. There are too many.”