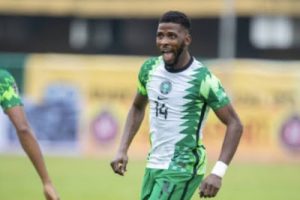 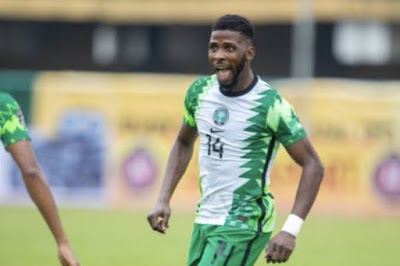 Nigeria began their quest to qualify for the 2022 World Cup with a 2-0 win over Liberia on Friday.

The game was played at the Teslim Balogun Stadium in Lagos.

His first goal came in the 22nd minute, after he found space in the right wing and unleashed an effort that flew past goalkeeper Ashley Williams.

Victor Osimhen missed a good chance to double Nigeria’s lead with five minutes left to play in the first half, before Iheanacho swivelled to make it 2-0.

They take on Cape Verde in their next qualifying fixture on Tuesday.