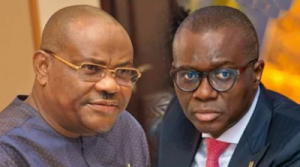 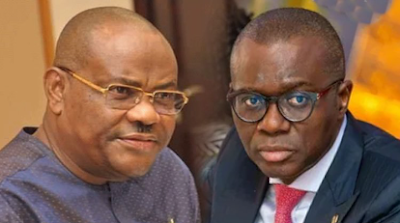 A group, Southern Nigeria Solidarity Movement, SONISM, has commended the governors of Lagos and Rivers states on their position on the issue of value added tax (VAT).

The group also lauded the lawmakers in the two states for backing the enabling laws in this regard.

It would be recalled that the governments of Lagos State in Nigeria’s South West geopolitical region and Rivers State in the country’s South-South region have started collecting VAT, a responsibility hitherto left to the Federal Inland Revenue Service (FIRS).

It would also be recalled that only a small fraction of the VAT collected by FIRS from the states were given them while the larger percentage of the money was given to the Federal Government.

The group in a release signed by Sola Ojewusi, National President, and Salvator Amadi, National Secretary in Owerri, Imo State, commended also the judgment of the Federal High Court in Port Harcourt, Rivers State, early this week in favour of VAT collection by the state.

The group said, “Governor Nyesom Wike’ notice to corporate bodies in Rivers State early this week that “Rivers State VAT is for Rivers people and not for Abuja people” is in tandem with the reasonable clamour for an equitable and just Nigerian Federation guided by fiscal federalism and devolution of powers from the overly centralised unitary government imposed by the military and antidemocratic forces.