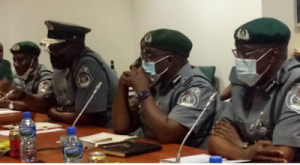 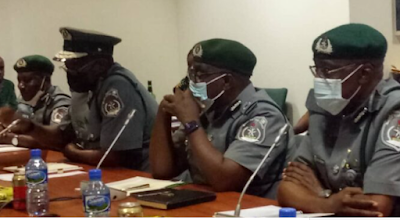 The Nigeria Customs Service (NCS) says many escort vehicles used by ministries, departments and agencies (MDAs) are from smugglers.

Aliyu Saidu, NCS assistant comptroller-general (ACG) in charge of ICT/modernisation, said this on Tuesday, when he appeared before the house of representatives committee on customs.

Saidu was responding to questions on how vehicles are smuggled into the country.

He said according to the NCS database, the number of Hilux vehicles imported into the country have dropped, “but you will find them in hundreds in town”.

Leke Abejide, chairman of the committee, had asked about measures put in place by NCS to check vehicle smuggling.

The lawmaker said he had an encounter with smugglers, who import vehicles into the country, thereby denying the government import duties.

“Let me give you a scenario of myself; I told DCG Talatu. I said I have vehicles for my own use; that I bought and I shipped them,” he said.

“The person who shipped it told me that there is a way they can do it for me not to pay the correct duty.

“I said not me. How much is the money? If I have money to buy this vehicle, how much is the duty that I will not be able to pay?”

Responding, Saidu commended the lawmaker for his stand against smuggling, and accused high-profile individuals in Nigeria of supporting smuggling activities.

“I can’t thank enough the honourable member that raised this issue on vehicles. Nigeria customs service needs your support in this regard,” he said.

“MDAs — ministries and departments of government — today, patronise smuggled Hilux. And that is why if you see our system, Hilux importation has dropped, but you will find them in hundreds in town. Mostly, they use them as escorts.”

Saidu asked the lawmakers to amend existing laws to make it difficult to smuggle vehicles into the country.

He added that customs is working on a mobile app that will tackle smuggling, and also ensure that the right import duty is paid to the government.

“We are almost done with that one. We have made the presentation to the management about two weeks ago. They made some critical observations, which we are working on now before we take it back to them for final approval. Then, it will be rolled out,” he said.

Commenting on the development, the chairman of the committee asked the NCS to get the app ready to save “the image of customs and Nigerians from all these embarrassments”.