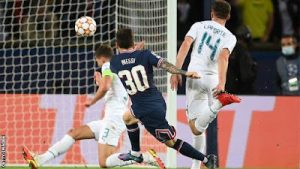 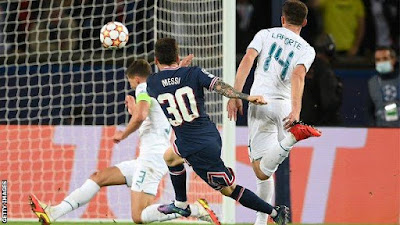 Messi, making his fourth appearance for PSG since leaving Barcelona, ran from the halfway line before playing a one-two with Kylian Mbappe and leaving Ederson rooted to the spot with a lovely 20-yard shot.

The roar from the Parc des Princes crowd was deafening as the Argentine, on his return from injury, added one PSG goal to the 672 he managed for Barca.

Idrissa Gueye had given last season’s French runners-up an early lead with an excellent drive into the top corner.

City had plenty of chances to score in between those goals with Raheem Sterling’s header hitting the bar and Bernardo Silva striking the woodwork from the rebound with an empty net in front of him.

They also had seven shots on target but could not beat Champions League debutant Gianluigi Donnarumma in PSG’s goal.