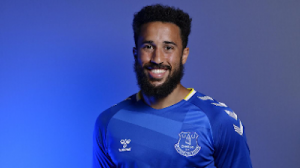 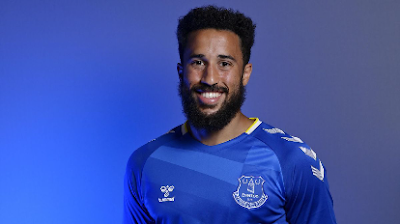 Everton winger, Andros Townsend, has said he pestered Cristiano Ronaldo for his shirt after copying his Siu celebration during their 1-1 draw with Manchester United last weekend.

After equalizing from a counter-attack, Townsend celebrated by running over to the corner flag and copying Ronaldo’s trademark goal celebration.

The Portuguese superstar appeared to storm off furiously towards the tunnel after the final whistle, with Townsend seen trying to talk to him before his exit and the Toffees winger has now revealed the details of their brief conversation.

“I made it my goal that I was not leaving Old Trafford without Cristiano Ronaldo’s shirt,” Townsend told talkSPORT.

“You saw after the final whistle, I ran straight to him, I don’t know what he was muttering but it wasn’t English.

“He was muttering in Portuguese and I asked him three or four times for his shirt and eventually he gave in and said he would give it to me inside.

“I had to wait inside the dressing room and thankfully the kit man was able to sort it for me. That shirt I am going to keep with me.”