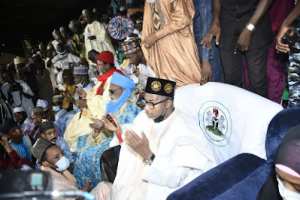 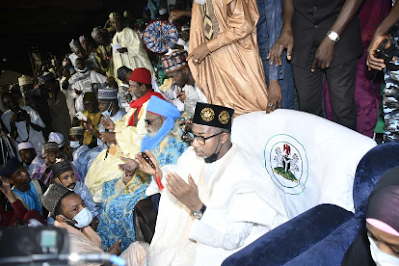 Renowned Islamic scholar and leader of the Tijaniyyah Movement in Nigeria, Sheikh Dahiru Usman Bauchi, has called on President Muhammadu Buhari and state governors in the country to urgently find lasting solutions to various security challenges the country is currently contending with.

The revered scholar made the call early Tuesday at an event held at the Abubakar Tafawa Balewa Stadium, Bauchi, to celebrate this year’s Maulud Nabiy.

While emphasising the importance of peace in the country, Sheikh Bauchi said the president and the governors had to do all within their power to put an end to insecurity, including insurgency, banditry, kidnapping, among others, for the people to live in peace.

According to him, no meaningful development could take place in any society where there was no peace, declaring that, “Without peace, Nigeria cannot grow.”

Despite the large turnout of members of Tijaniyyah Movement at the Maulud celebration, the octogenarian cleric lamented that insecurity in the country prevented a large number of his followers to come to Bauchi for the event.

“In the past, people used to come from outside Nigeria to celebrate the Maulud but now because of the issue of insecurity bedeviling us only few came.

“Recently, my people on their way back home from Bauchi to Akungba in Ondo State were attacked and more than 11 of them were killed,” he lamented.

He further lamented that due to various forms of insecurity across the country, people now travel with great fear for their dear lives.

In his words, the revered Sheikh Bauchi said, “Nigerians now travel with fear. As a result of this, the president and the state governors, including Imams and pastors must find a way of ending this.”

He added that, “Nigerians are suffering with hunger, poverty and insecurity in the country.”

Also speaking at the celebration, the Emir of Bauchi, Alhaji Rilwanu Sulaiman Adamu, also lamented the prevailing insecurity in the country.

The royal father called on parents and guardians to ensure proper upbringing of their children and wards with a view to preventing them from falling into the hands of bad elements in the society.

While urging parents and guardians to always pray for their children and wards, the traditional ruler said children needed advice of their parents always, saying that parents should not fail in this divine responsibility.

The Economic and Financial Crimes Commission (EFCC) has arrested the Accountant-General of the Federation (AGF) Ahmed Idris over an N80 billion... 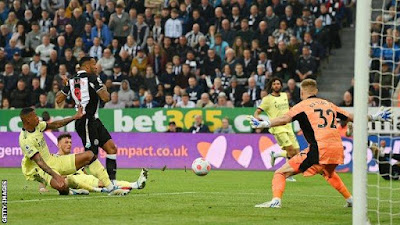 Arsenal's hopes of finishing in the Premier League top four were dealt a huge blow as they were well beaten by... 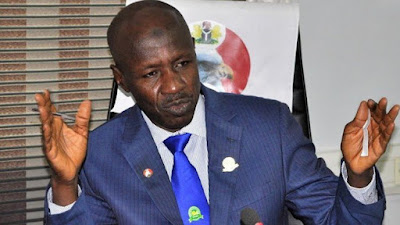 Magu promoted to AIG before retirement

The police service commission (PSC) has confirmed the promotion of Ibrahim Magu, former acting chairman of the Economic and Financial Crimes...