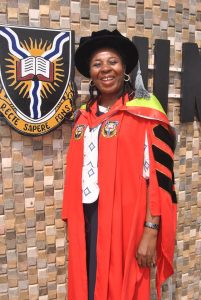 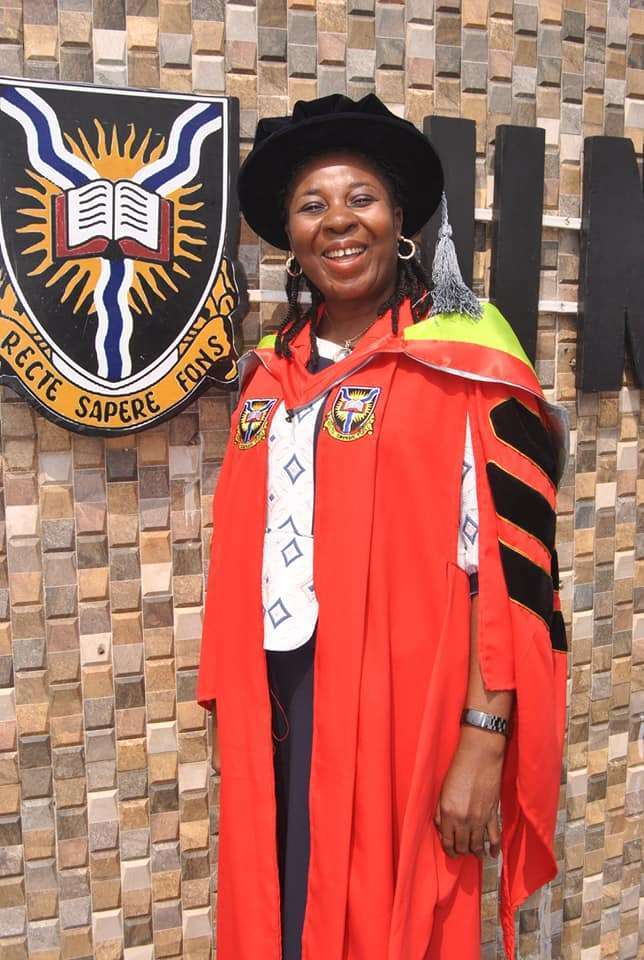 A Nigerian woman, Ifeoma Bibiana Okoli, has bagged a Ph.D from the University of Ibadan (UI) despite being visually impaired.

Okoli was among hundreds of graduands who were formally conferred with a doctorate degree at the university’s 73rd convocation ceremony on November 17, 2021.

According to her sister who shared the news on Facebook, Ifeoma is the first visually-impaired person to get a PhD in UI and the first from her home state, Anambra.

The doctorate degree holder  had battled failing eyesight for long as she had a disease called Retinitis Pigmentosa and lost her sight in secondary school during her final examinations. With the required skill to succeed, Ifeoma however resolved that she was going to become the best she could be academically and she succeeded.

An Achievement Worth Celebrating.

On November 17, 2021, Dr. Ifeoma Bibiana Okoli, joined hundreds of other graduands that were formally conferred with a doctorate degree at the 73rd convocation ceremony of Nigeria’s premier university, University of Ibadan, the capital of Oyo State. Among those that were conferred with the title of Doctor of Philosophy (PhD) degree, Dr. Okoli stood taller than the rest because of her unique achievement.
Despite what many would ordinarily consider a disability, Dr. Ifeoma Okoli has proven that no physical disability can stop anyone from attaining one’s dreams or goals, if and only if one sets one’s mind to doing so. Though visually impaired, that is, blind, Dr. Ifeoma Okoli has with a single-minded determination and resilience climbed from the lowest academic ladder to the highest academic ladder, a feat that even many who do not suffer such impairment cannot achieve.
This is, indeed, an achievement worth celebrating because Dr. Ifeoma Okoli has made history as the first visually impaired woman to earn a doctorate degree in Nigeria’s premier university, University of Ibadan, as well as the first visually impaired PhD degree holder in her home state, Anambra state. This, then, calls for a huge “owambe” party.
But who is Dr. Ifeoma Bibiana Okoli?
Dr. Ifeoma Okoli is the first child of late Mr. Obiabusi Vincent Okoli and Mrs. Ijeoma Beatrice Okoli both from Ezihu village, Igboukwu, in Aguata Local Government Area of Anambra State. Dr. Ifeoma spent most of her years in Abakaliki where her parents lived and worked. Her life took a strange twist in 1985 when she was forced to drop out of school at the commencement of her final examination in secondary school.
Dr. Ifeoma had been battling with failing eyesight due to a degenerative eye disease known as Retinitis Pigmentosa. As expected, her parents took her to several eye clinics in quest for a remedy, but unfortunately none was found. While writing her final papers, she realized that she had almost completely lost her sight.
One can imagine how devastating this experience must have been for a young girl who not only loved education but had been promised by her parents to train her up to the university level. The loss of her eyesight seemed like the end of a dream.
After the initial phase of non-acceptance, sorrow and pain, Dr. Ifeoma Okoli, through the assistance of a cloistered nun enrolled at St. Joseph Rehabilitation Center for the Blind, Obudu, Cross River State. There she acquired the requisite skills that will enable her pursue her academic dreams. Armed with this skill, Dr. Ifeoma Okoli resolved to pursue her academic studies to the highest possible level.
This resolve is what is being celebrated as she is conferred with a doctorate degree in Special Education. Dr. Okoli’s achievement may be seen by many as nothing short of a miracle, and indeed, it is a miracle. But it is also a story of the enormous human capacity or potentials which God has lavishly endowed every one of us. When called forth, these potentials can propel one to the highest pinnacle of success.
Dr. Okoli’s achievement is a proof that one is capable of succeeding despite the oddities of life. Her success validates the statement that noting is impossible for those who dare to dream and believe. Her story and success is a signpost for all whose circumstances in life may seem unfavorable. But Dr. Ifeoma’s success would not have been possible without the generous support of her family, friends, colleagues, teachers, and all those who believed in her dream and who journeyed alongside with her.
This goes to show that we do need others to succeed. Her success is, therefore, our success. And for this reason we should roll out the drums to and pop bottles of wine to celebrate the success of our sister.