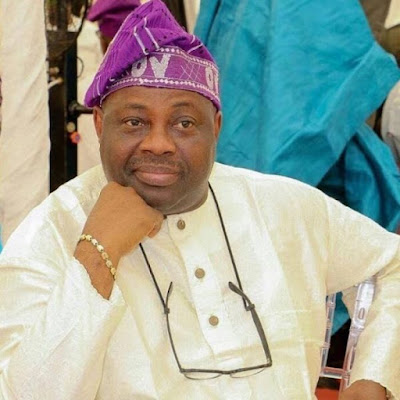 Dele Momodu, presidential aspirant for the 2023 election has said he would defeat the All Progressives Congress, APC during the election.

Momodu said this on Thursday while featuring on Channels TV.

Momodu, today, declared his intention to run for presidency in 2023.

The presidential aspirant boasted that he will defeat the APC candidate at the polls because he is a candidate that loves the youth, has no dirt on him and has spoken the truth to power despite being friends with them.

According to him, he will be one of the presidential candidates that will have support across Nigeria in 2023.

Momodu said: “There is no brand bigger than that of Dele Momodu in Nigeria. I’ll be among one of the few candidates who will have support across political parties.

“You must get a candidate who is friendly but very firm and can speak truth to power. I’ve been speaking truth to power despite the fact that most of these guys are my friends.

“You’ll hardly find such in any political party, Dele Momodu was preserved by God for that role.”