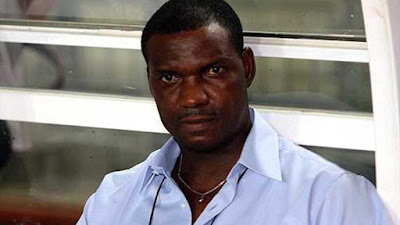 Super Eagles interim coach, Augustine Eguavoen, has said only the spirit of teamwork will take the team far.

Eguavoen was appointed just weeks to the 2021 Africa Cup of Nations after Gernot Rohr was sacked by the Nigeria Football Federation (NFF).

However, the former defender led the team to a 1-0 win over Egypt in their opening fixture on Tuesday.

The 56-year-old has now urged the players to remain grounded and continue to work for each other.

“Let’s not go too far ahead of ourselves. But I am extremely proud of the boys.

“There were comments and stuff being said about them before the tournament but they are absolute professionals. When you tell them something it sinks in immediately and that is a good thing we’ve got going well for us.

“They followed instructions, they did exactly what we wanted them to do. When you are tired, someone automatically fills the gap for you. This is the only spirit that can take us very far. Respect the players and they return the treatment,” Eguavoen said.