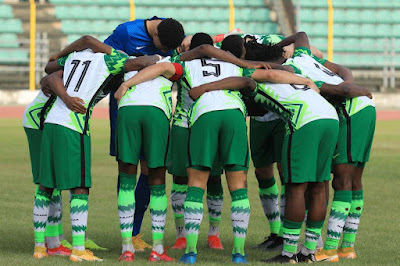 Nigeria will be without Chidozie Awaziem for their second 2021 Africa Cup of Nations game against Sudan.

Awaziem was unavailable for the Super Eagles’ 1-0 win over Egypt on Tuesday.

The 25-year-old was not even included in the matchday squad, with interim boss Austin Eguavoen confirming after the match that he had a slight knock.

It was hoped that the defender would be available on Saturday, but he missed the team’s recovery training on Wednesday.

And with Nigeria playing again on Saturday, Awaziem is in a race against time to be involved. In his absence, Kenneth Omeruo partnered with William Troost-Ekong in the centre of defence to keep a clean sheet against Mohammed Salah and co.

Although Omeruo also picked up a knock during the match, he is expected to be fit for the game against Sudan after he was pictured in training.