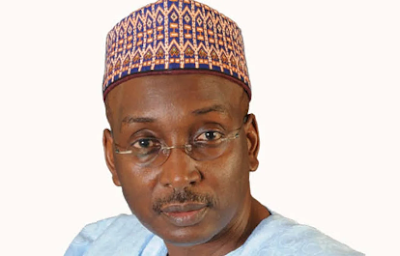 The Director-General Progressive Governors Forum (PGF), Dr. Salihu Lukman has said the Caretaker/Extraordinary Convention Planning Committee (CECPC) of the All Progressives Congress (APC) must be forced to organise the party’s National Convention in February 2022.

He said the CECPC must be told that all consultations about organising the Convention ended with the meeting with President Muhammadu Buhari on November 22, 2021, and therefore the CECPC leadership must stop lying to Nigerians and APC members.

Lukman in a statement issued Thursday said it appeared that the caretaker committee chaired by the Governor of Yobe State, Mai Mala Buni has assumed a new objective of taking APC to its political grave following its refusal to announce the date and venue of the convention.

The director-general recalled that on Tuesday there were media reports attributed to sources close to the CECPC claiming that the APC National Convention has been postponed from February to June 2022.

Lukman stressed that following the news of the alleged postponement, the Secretary of the party, Sen. John Akpanudoedehe issued a statement of rebuttal, calling on the general public to ‘completely disregard fake news on the reported suspension of the planned National Convention’.

He said sadly, the statement, like previous ones from the committee, didn’t announce any date and venue for the National Convention.

Lukman noted, “Somehow, it is difficult not to conclude that the CECPC is intentionally promoting speculation around the APC National Convention by claiming to embark on consultations with party stakeholders to prepare the ground for a rancour-free National Convention.”

“Unless the CECPC has given itself the new responsibility of being the political and electoral undertaker of the APC, it must stop promoting some subversive campaigns suggesting that it is undertaking ‘the immediate task of addressing contestations within the party, litigations, fallouts of recently conducted Congresses and generally reposition the Party ahead of the National Convention.

” Once this is the case, it simply means the CECPC’s new objective is probably to take APC to its political grave. This should not be acceptable!”

The director-general wondered why the sub-committees for budget which is to mobilise funds for the convention had not been set up with just about two weeks to the end of January.

“There is need to ensure that the CECPC has no option but to organise the APC National Convention in February 2022 as decided based on all the consultations that have taken place,” Lukman stressed.

According to him, This is a slap on the face of Nigerians and an insult to party members. How can  ‘a focus-driven, process-oriented political party’, make such a scandalous statement allegedly assuring that a Convention scheduled to hold in February without indicating a date and venue for the Convention?

The party chieftain added that the CECPC should also stop claiming that it was waiting for the meeting of Progressive Governors before it takes all the necessary decisions to commence the process of organising the Convention.