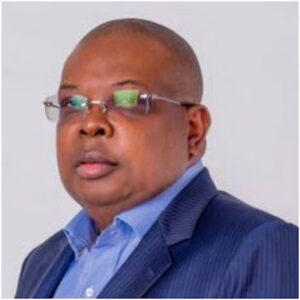 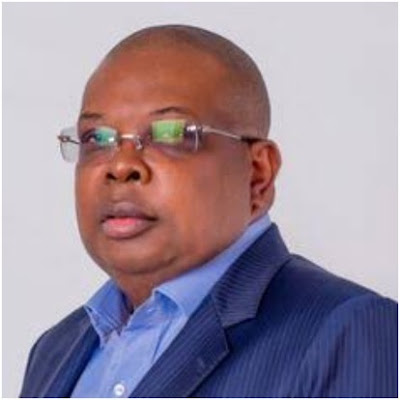 Oyo State chapter of All Progressives Congress (APC) has declared that one of the gubernatorial aspirants on the platform of the party, Engineer Joseph Tegbe, has been romancing the Peoples Democratic Party (PDP) and Governor Seyi Makinde since 2019.

The party made this disclosure on Saturday.

Recall that Tegbe, who was one of the gubernatorial candidates of APC in 2019, on Friday announced his defection from APC to PDP.

Tegbe, who until his defection, wad one of the candidates jostling to contest on the platform of APC in 2023, alleged that the party, APC, has been hijacked by a few individuals.

APC has, however, said that it was not surprised about Tegbe’s defection.

The party advised APC members not to be bothered by Tegbe’s defection to PDP.

He said, “Though no political party will celebrate the exit of a member, the defection of Engr. Joseph Tegbe did not come to us as a shock as he had been clandestinely romancing Engr. Seyi Makinde immediately after failing to get the 2019 governorship ticket of our great party. As a matter of fact, he worked assiduously for the Victory of his real home the PDP in the 2019 election, whilst deriving joy from the electoral loss of the APC.

“Leveraging on his contractual relationship with late former governor Ajimobi and enticement of consultancy fees from the government, Engr. Tegbe signified interest in the 2019 governorship ticket of our great party. Having failed to be imposed on the party, he felt aggrieved and activated an unholy secret relationship with the Engr. Seyi Makinde prior 2019 general elections”.

“There is no denying the fact that Engr. Tegbe was unknown in the political and social arena of Oyo State.

The only demographic of Oyo State who will not forget Engr. Tegbe in a hurry are the traumatised Staff members of the BCOS, who know him not as politician but as a consultant who brought untold misery to innocent employees of the State Broadcasting Station. Sadly, the staff of BCOS will never forget him in a hurry for his draconian and convoluted staff rationalisation exercise.

“Tegbe’s claim that he defected to PDP because minority group took over Oyo APC structure is untenable, as all tendencies (including Tegbe) have stakes in the composition of party executives at ward, local, State, zonal and national levels. Being a greenhorn in politics, he cowardly left the house having failed to learn and play competitive politicking”.