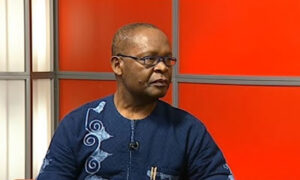 A chieftain of All Progressives Congress in Lagos State, Joe Igbokwe, says the indirect primary option adopted by the ruling party for its forthcoming presidential election is better for former Lagos State governor and APC presidential hopeful, Bola Tinubu.

Igbokwe, a staunch supporter of Tinubu, stated this in a chat with PUNCH on Wednesday, shortly after the APC National Executive Council led by Abdullahi Adamu met in Abuja and ruled out the consensus model of selecting a presidential candidate while it settled for the indirect primary model.

According to Igbokwe, who is an aide to Lagos State Governor, Babajide Sanwo-Olu, Tinubu would trounce his contenders during the primary election because he has “deep structures”.

He said, “Indirect means that it is open and then you go to convention and the delegates will vote. Let’s wait and see, Asiwaju (Tinubu) will beat them. If they do it the other way (consensus), the Presidency can buy everything for somebody.

“The indirect primary is better for Asiwaju and it is going to weed off those boys that are looking for somebody to settle them that they want to be President. It’s going to clear the unserious people. Either way, Asiwaju is on the ground.”

In an indirect primary, party members elect delegates who elect the party’s candidates on their behalf. The APC is said to have about 7,800 delegates nationwide.

The APC on Wednesday also said its Special Convention for Presidential Primaries would hold from May 30 to June 1, 2022.

The party revealed that it would begin selling nomination and expression of interest forms for various electoral offices on April 23 until May 6, 2022.

The APC also pegged its presidential nomination and expression of interest forms at N100 million.