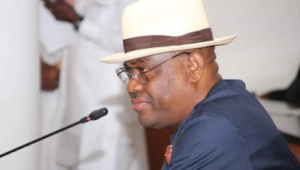 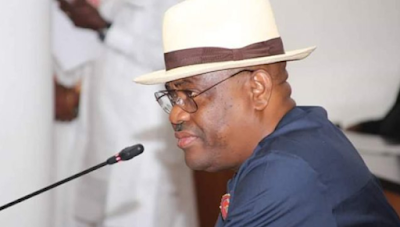 Governor of Rivers State and presidential aspirant on the platform of Peoples Democratic Party, PDP, Nyeson Wike said the All Progressives Congress, APC, government led by President Muhammadu Buhari has thrown the country into ‘madness’, but he has the will and ability to cure that madness if he elected to govern the country in 2023.

Wike spoke in Lokoja, Kogi State capital, on Wednesday during a consultation with PDP delegates and other stakeholders.

The Rivers State Governor stressed that Nigeria is in trouble, but he has the courage and ability to provide quality leadership that will usher a new era of unity, peace and prosperity into the country.

He stressed that he was in the race to win.

“They say Wike is a mad man. I agree. What is the situation in Nigeria today, if not madness? it takes a mad man to handle a mad man. I’m that man who can do the work. See the insecurity even in Katsina, the President’s State.

“You must not be neutral on issues. You can always tell where I belong. Give your mandate to those who have energy. The energy in me is too much. Send me and I will not disappoint you.

Speaking further, the aspirant warned against voting for people who are not committed members of the party and but are only interested in what they can get, instead of building the party.

“I hate ingrates in my life. We have some people who are busy jumping from one party to another just because they want to win election. As for me, if you don’t vote for me in our party primary, I will still remain a member of the PDP. I have benefited from this party, and so I have no excuse to give, for defecting to another party

They assured the aspirant of their support.