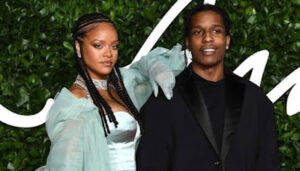 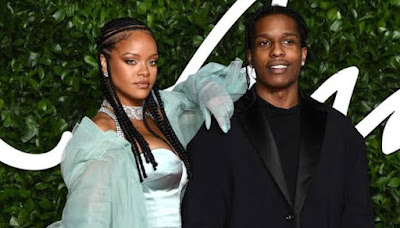 Superstar Rihanna with partner Asap Rocky welcomed their baby boy on May 13, many media outlets report.

The Fenty owner gave birth to the baby in an undisclosed Los Angeles hospital.

The duo stunned the world with the announcement of the pregnancy in January, with a NYC photo shoot.

Riri, as she is fondly called, continued to show off her growing baby bump fashionably on red carpets, magazine covers and photoshoots.

Asap’s cheating allegations and arrest on April 20 following their trip to Barbados, however, threatened their union but Rihanna supported her baby daddy all through the trying times.

She was also there, cheering him backstage on May 1, during one of Asap’s shows.