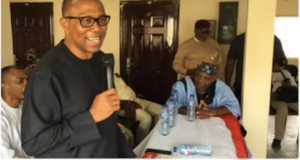 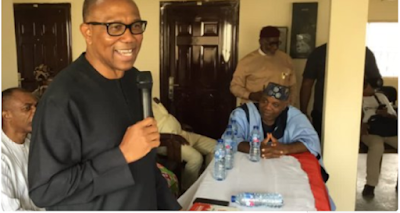 Doyin Okupe, a former aide to ex-President Goodluck Jonathan, says some officials of the Peoples Democratic Party (PDP) are undermining the political base of Peter Obi in Anambra state.

Okupe made the allegation in a series of tweets on Wednesday.

He said some officials of the party do not treat Obi respectfully as the party’s leader in Anambra.

Okupe asked leaders of the opposition party to intervene in the matter.

“It is a matter for regret that despite Peter Obi’s gentlemanly civil disposition & unwavering commitment to PDP as a party, some officials in the national secretariat of the party don’t accord him the respect due to him as the leader of the party in Anambra,” he wrote.

“Recently a free and fair national delegates elections were conducted in the state and the results verified by INEC officials.

“Surprisingly some people within the state are trying to collude with certain elements within the National secretariat to manipulate these results.

“This conspiracy is meant to undermine the political base of Peter Obi in Anambra state.

“We plead earnestly with the respected leadership of this great party to intervene and ensure that things are done properly and rightly and in accordance with our party’s constitution.”