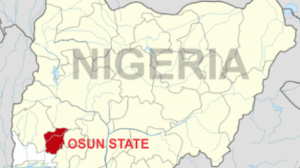 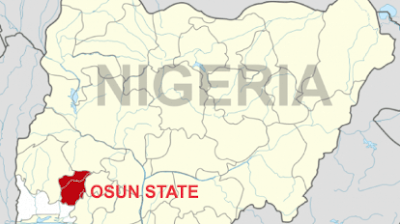 Information has it that a serious road traffic accident occurred along the Lameco-Okinni road in Thursday.

The accident which involved a commercial motorcyclist, a minibus and a tipper has degenerated into uncontrolled protests along the axis.

An eyewitness, Tobiloba Ali in a message said, “It was a fatal one indeed, had to come down from the minibus when the bikers wanted to attack us. Three people on the bike were involved in the incident, the korope and a tipper. According to a witness, the incident claimed a life.”

Another eyewitness Agboola Adeleke revealed that a motorist, Sariyahu Jamiu and Rashidat Hassan escaped being attacked by the angry commercial motorcyclists who were protesting the loss of life of one of their own.

He said the affected road has been blocked by suspected hoodlums and all the escape routes are surrounded by touts.

Meanwhile, residents and business owners have called on the Osun State Police Command and other security agencies to take urgent action to curtail the ongoing crisis along Lameco/Okinni road as a result of the accident.

They also wanted the authorities to act fast so as to forestall the possible escalation of the situation and breakdown of law and order.

At the time of filing this report, neither the Osun Sector of the Federal Road Safety Commission (FRSC) nor the Osun State Police Command has reacted to the development.