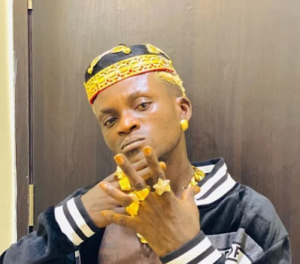 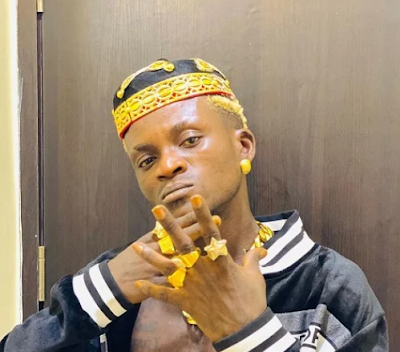 The musician announced the arrival of the baby boy to his over one million Instagram followers on Tuesday.

He also accompanied the terse post with photos of himself and the baby named Opeyemi Oluwami.

Portable and Ewatomi’s first child together is christened Iyanuoluwa.

The singer came into the limelight towards the end of 2021 on the back of his hit track ‘Zazoo Zeh’ featuring Olamide, the rapper, and Poco Lee, the dancer.

He was recently nominated for the ‘Rookie of the Year’ and ‘Best Street-Hop Artiste’ categories at the 2022 edition of the Headies.

While the singer has continued to enjoy fame, he has also made headlines for controversial reasons.

In January, Portable revealed he has two kids with different women.

Last month, he also boasted that he currently has six wives and plans to have up to 12 before he clocks 40.

“I never reach 30, I don get six wives and plenty children. Before I reach 40, my housewives would be up to a dozen (12). I am not 30 and I already have six. I just want to inform you so you would be aware,” he had said.